Why Can’t a Country Print Money and Become Rich? 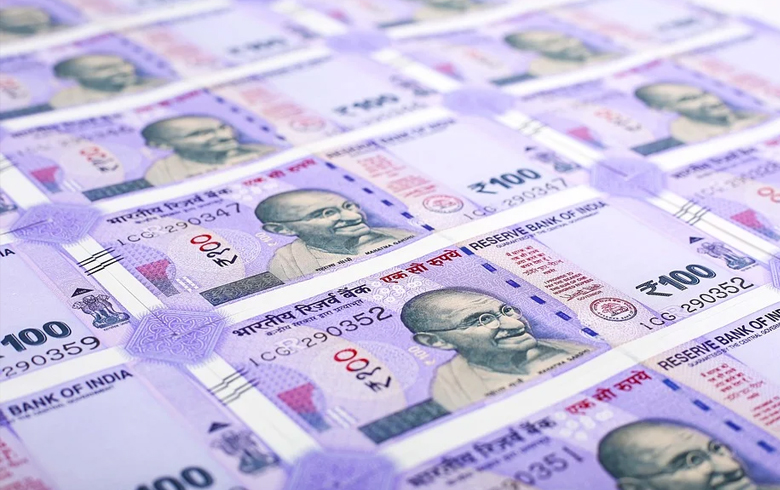 A lot of people have this misconception that a country’s currency is fully backed by the gold or Foreign currency it holds. But, this is simply not true – any country can print as much money as they want, and they don’t need to have any specified quantum of Assets to back their currency.

In fact, in recessionary times – countries do resort to printing money, or what is known as Quantitative Easing (QE), – a term that became popular just after the recession. You would hear this term QE 3 quite often now- it refers to the third round of quantitative easing (Printing Dollars to boost the US economy) which started in September 2012. This measure is only for extreme situations and is also considered dangerous because printing money causes inflation in an economy, and if you print too much money you can get hyperinflation also. However, the US is resorted to this tool to stimulate its sagging economy and propel growth.

How does printing money cause inflation?
Demand and Price:

Let’s take a simplified example to understand this. First, think of how the demand for a product is related to its price. That’s fairly easy to do right? A lot more i-Pads will sell at Rs. 5,000 then they will be at 25,000.
If you were to draw a graph that shows the relationship between demand and price of a product it would generally look like this. 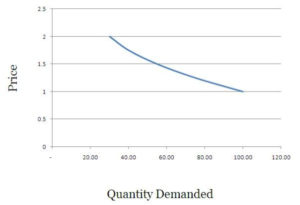 Demand Curve
At 1 rupee, you demand 100 units of a commodity, but at Rs. 2 you demand just 30, that’s how increased price reduces demand.

Supply and Price:-
On the other hand, a lot more suppliers will be willing to get into a business if the end product sells at a higher rate. For example, a few years ago, a lot of households started planting vanilla in Kerala because vanilla rates had shot up.
So, supply will be high at higher prices, and that curve would look something like this. 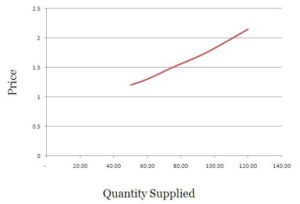 How is the price finally fixed?
The price of any product is largely determined by its demand and supply, and when you superimpose the price curve, and demand curve at the intersection is called the equilibrium price, and it is generally believed that prices will move towards this point and stabilize here.
It will look something like this.

What will happen if the government prints money and hands it out to its citizens? If there is excess liquidity (fund flows) it comes to you in form of lower interest loans. What happens when your income rises? Your consumption or demand for certain things also rises with your income.

Think for a moment our salaries getting doubled up PLUS a year’s salary as a bonus (well it’s good to daydream), what will be our immediate course of action, all those purchases you have been planning for few months will happen immediately, regular dinner at a fine dining restaurant, dream car- LCD- Laptops, etc, etc. in your house AND what will this eventually lead to an increased price of all goods and commodities. Now think if millions of Indians follow the same pattern, which they will, what differs is where they spend?

Your demand for a lot of things will increase since you have this extra money now, and you are rich.

This will have the impact of shifting the demand curve to the right and pushing the price of the commodity upwards.

New Demand and Supply
The green star indicates the price which will be fixed due to the new realities of increased notional wealth, and people demanding more because their wealth has been increased.

Think of times when the stock market is booming people have this ‘wealth effect’ where they feel that they are richer and start spending more and as a result prices rise as well. Just printing money will also do the same thing.

A surprising fact is a 100 billion dollar Zimbabwe banknote for 15 US Dollars at E-bay, but even that was expensive because if you were actually in Zimbabwe you could buy just 3 eggs with it! Rampant inflation has collapsed the economy and severely devalued the currency. Inflation reached a record high of 3714% (Year-on-Year) in April 2007.

So, printing money is not the way to become rich, becoming competitive, producing cheaper goods, and facilitating exports are.